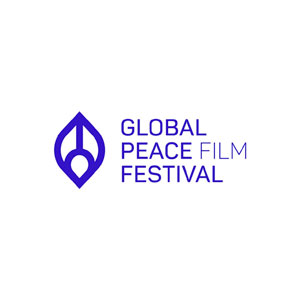 At a time of global challenges to peace, film fest can educate and inspire

ORLANDO, Fla. (August 15, 2022) – Continuing its mission to use creative media as a catalyst to inspire and educate people to initiate positive change in their local communities and worldwide, the Global Peace Film Festival (GPFF) celebrates its 20th anniversary this year. GPFF will once again employ a hybrid format to deliver a robust program of thought-provoking films and art exhibits to people all over the world.

Starting on Monday, Sept. 19 and running through Sunday, Sept. 25, a selection of feature length and short films will be presented in person at locations in Winter Park and Orlando. These films highlight themes such as civil rights, environmental justice, ethics, human rights, immigration, LGBTQ+, music, social justice, voting, wellness and wildlife. By design, GPFF is programmed to intersect with the International Day of Peace (United Nations), September 21.

In years past, this unique festival has brought up to 7,000 filmmakers and filmgoers from all walks of life to Central Florida, inspiring them to take action in their daily lives and to leave the world a more peaceful place than they found it. GPFF continues this tradition with a full in-person program as well as virtually through online feature, documentary and short film screenings, panel discussions and art exhibits.

Like last year, there will be both a ticketed and a free way to watch the virtual films that will be available from Monday, Sept. 26 through Sunday, Oct. 2. Both ticketed and free films will be accessible at the GPFF website – as will the filmmaker interviews and information about the in-person events.

Both passes and individual film tickets are now on sale at peacefilmfest.org. Tickets for in-person films at the Winter Park Public Library and Rollins College are $10 each. Patrons may purchase a $125 Festival Pass that provides access to all films in person including the Opening Night film or a $100 pass that includes all films except Opening Night as well as other ticket and pass options.

The Festival’s opening night film to be screened at Enzian Theater on Tuesday, September 20 at 6:30pm is World Peace and Other 4th Grade Achievements, a film about an innovative teacher who unleashes his students’ potential through their participation for eight weeks in the World Peace Game.

Every year, the GPFF encourages and programs work from local Florida filmmakers and diverse audiences. This year’s program includes a total of 36 films, 20 of which directed by women, as well as the premier screenings of FusionFest’s MYgration Films, where local filmmakers tell personal stories of how their heritage has shaped them.

Other Orlando-based films include One Pint at a Time, Surviving Pulse: Life After a Mass Shooting, Happy Valentine’s Day (by a Rollins College sophomore who survived the Parkland shooting) and I Believe It’s My Time. GPFF also welcomes back Festival alumni returning with new films: Not Your Model Minority (Director Jon Osaki);

Said Executive Director Nina Streich, “Rather than a passive experience, our aim for the festival is to motivate people to make the large or small, but always important changes to improve their lives and those of their neighbors. Watch films. Get involved. Change things. It starts here. It starts with you.”

About the Global Peace Film Festival

Established in 2003, the Global Peace Film Festival (GPFF) uses the power of the moving image to further the cause of peace on earth. From the outset, the GPFF envisioned “peace” not as the absence of conflict but as a framework for channeling, processing and resolving conflict through respectful and non-violent means. People of good faith have real differences that deserve to be discussed, debated and contested. GPFF works to connect expression – artistic, political, social and personal – to positive, respectful vehicles for action and change. The festival program is carefully curated to create a place for open dialogue, using the films as catalysts for change.