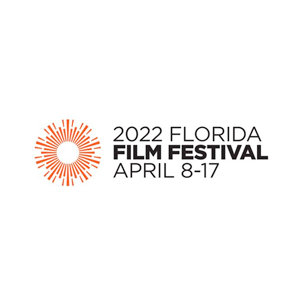 Cinephiles can “Come Together” to celebrate the story of one man, his drums, and the band that would become The Beatles

Colin Hall — custodian of John Lennon’s childhood home — PRE FAB! is the largely unknown true story of one man (Hanton), his drums, and the significant role he played in shaping music history.

The feature-length documentary chronicles how English-born drummer Hanton joined Lennon rounding up their friends in 1950s Liverpool to form The Quarry Men, a group that would evolve in just a few years into the biggest and most influential band in music history – The Beatles.

PRE FAB! could be considered the last Beatles story to tell, taking viewers back to the early days where it all began. Hanton serves as a jovial tour guide through this history-in-the-making narrative about the rise of “skiffle” music (an acoustic blend of folk, blues, and jazz) and its impact, along with American rock ‘n’ roll, on post-World War II British youth. Skillfully combining archival footage and music of the period, along with interviews with the surviving Quarry Men, family, friends, Liverpool residents and many others, Director Todd Thompson (Woman in Motion, Paramount+), along with story partners Mark Bentley, Joe Millin,

Ryan Conroy, Hanton and Hall, have created a joyous and enlightening documentary that forever preserves an important piece or music history.

After three years in production, the film’s first look screening in Central Florida is particularly relevant because Thompson and several members of the film’s producing team reside here.

“Our selection committee just fell in love with this feel-good and enlightening film, catching Beatles fever much like the British youth in the 1950s” said Matthew Curtis, programming director for the Festival. “PRE FAB! is the perfect cinematic gem to kick off our Festival as we strive to deliver compelling, inspirational, and break-through films.”

Bentley, a Tampa-based attorney who also executive produced the film noted, “Peter Jackson’s Get Back was the epic and surprising conclusion to the Beatles story; PRE FAB! shows us the origins of the Fab Four before they were ‘fab.’ It is my hope that viewers leave the theater with both a clearer understanding of how The Beatles evolved, as well as a sweet reminder that life may sometimes seem unfair, but eventually works out just the way it’s supposed to.”

Added Thompson: “Our film’s selection as the Florida Film Festival’s opening night feature is a great honor and a heartfelt homecoming for me. Not only do I attribute a lot of my creative inspiration to the remarkable films I have enjoyed at the Festival over the years, but as a former volunteer, the Enzian and Festival teams are like family.”

PRE FAB! will kick-off 10 days of Florida Film Festing April 8, 2022 at 7PM at Enzian Theater and 8PM at Regal Cinemas Winter Park Village. The event will include a Q&A with the filmmakers followed by an evening of opening night festivities at the newly-constructed Winter Park Events Center.

Stars North™ is an award-winning, independent, motion picture production company based in Orlando, Florida. The company actively pursues the development and production of original digital content and short and feature-length films, leveraging state legislative incentives that help support growth in the local economy and generate a continuous flow of work for cast and crew.  Follow Stars North on Facebook and Twitter.

About the Florida Film Festival

About Enzian
Since 1992, Enzian has been the proud host of the Florida Film Festival. As part of its mission to entertain, inspire, educate, and connect the community through film, Enzian presents innovative and original cinematic programming not just during the Festival, but all year long. As a 501(c)(3) non-profit, community-supported arts organization for which ticket revenue accounts for only 25% of its operating budget, Enzian owes its existence to the generosity of fans of film, food, and fun.  For more information, visit Enzian.org

Bentley Productions is a boutique production company founded in Tampa, Florida. With an eye for fresh content and compelling stories, the company specializes in developing and producing non-fiction features and unique character-driven documentaries. Bentley Productions is currently in development on an original documentary about the career and life of American rock-n-roll singer/songwriter, Del Shannon.